MSM Insurance is owned and managed by Janet Moyce. The Moyce family have a long association with motorcycles and motorcycle sport, Janet’s Dad John (Jack) Moyce having been a keen motorcyclist and trials rider, also owning and running Joe Francis Motorcycles in Eltham for many years, shipping parts all over the world to help maintain classic & vintage British motorcycles.

Her brothers Colin and David followed their Dad’s footsteps, travelling around the UK to compete in many motorcycle trials, and that motorcycling tradition continues with nephew Ollie Moyce, who started racing motorcycles at the age of six! Ollie enjoyed considerable success in motocross before making the switch to Enduro in 2003 at the age of 16, winning the clubman class at his very first outing. Ollie has ridden for Great Britain in the British junior ISDE team.

There was a serious flaw in the insurance typically bought by riders in Enduro and long-distance trials in that most policies do not operate if the motorcycle is used in competition. Janet says: “It doesn’t matter how cheap the policy is; if the cover is invalidated by the use then the policy isn’t worth the paper it is written on! I wanted to make sure that Ollie and his fellow competitors could buy insurance and have confidence that the cover will work when they need it to.”

The quest to find insurance underwriters willing to recognise the sport and accept competitive use proved our fears, and consultation with the ACU confirmed the need for a new insurance scheme dedicated to the needs of Trials & Enduro. Apart from doubts over fire & theft cover, the ACU highlighted the desperate need for Third Party Public Liability insurance valid for competition use and still able to meet the legal requirements of the Road Traffic Act..

Our aim was to be able to offer full year insurance that would enable riders to tax their bikes, insure them to get to/from practice grounds, a petrol station, club meetings and even to/from a competition for those living near enough to ride to the venue, whilst the policy also had to cover the road stages of events, such as the country lane link between two fields, or the public road linking two competition stages at Thetford Forest, and that’s what the new MSM insurance scheme has achieved. As a bonus the cover is also valid for trail-riding and green-laning.

We can offer cover for 2 bikes with 1 rider or for 1 bike with 2 riders.

We would like to thank the ACU's John Collins and Eddie Bellars for their help and advice in the development of the new MSM Trials & Enduro Insurance Scheme. 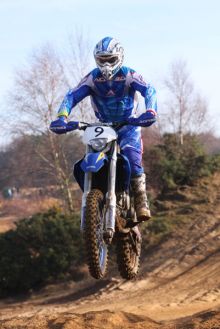 Get a quote today

Do you compete in Regulatory/Regularity Trials?

If you take part in long distance, checkpoint trials competition in the UK or Europe on a pre-1987, then our classic regulatory/regularity scheme will provide more appropriate cover for your use, including comprehensive cover with breakdown assistance. Click below for more information or a quote